Get me outta here!

Resolution #2 is off to a great start, as the house is clean and ready for another test – a houseguest! My cousin arrives tonight and will be staying with us for two weeks to take a certification class.

Time to start in on Resolution #3: Cooking. I haven’t quite decided exactly what I want to include in this resolution as I already cook most nights, though we ate away from home A LOT in December. That is probably what inspired this one – a month of being on-the-go and having so many events and get togethers that I missed cooking regularly. I do get a secret pleasure from making a great meal for someone I love, and I like it even more when my husband and I cook together.

Along with getting back into the routine of cooking nightly, I also want to try new recipes – expand my repertoire, so to say. I have tons of cookbooks, but I rarely make anything out of them. If I want to try something new, I usually find something online or try a recipe a friend suggested. I’d like to start using the cookbooks as well. And I have dreams of compiling all my recipes in some sort of organized fashion to include how much the dish costs to make and what to do with left-over ingredients or food.

This resolution has not been at the top of my priority list so far because we currently do not have a refrigerator. Christmas Day, we had a huge ice storm, and lost power for a few days. When the power came back on, something happened to our fridge; the freezer still works, and the light comes on inside the fridge, but it does not get cold. A repairman is coming tomorrow (fingers crossed that he really does come…it’s been a week since we called) so hopefully we will be back in full swing Wednesday. In the meantime, since the contents of the refrigerator is in coolers, I was able to deep clean the inside of the fridge.

But we have managed to eat a home cooked meal every night since New Years, and I did try one new recipe last week: Japanese Restaurant-Style Salad Dressing. 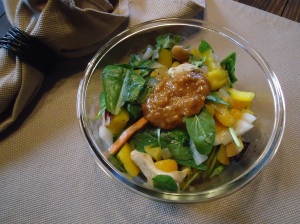 Japanese Restaurant inspired dressing; a little darker than what I expected…

Here’s my review: Since I had all the ingredients on hand (except fresh ginger for which I substituted ground ginger), it was easy to whip up. All ingredients just go into the blender. My husband sautéed some chicken, and we completed our salads with rice noodles, mandarin oranges, and cashews. The dressing was really good on the salad, but I have to say, it is NOT the Japanese Steakhouse dressing that I expected. To me, it was exactly like one of the dipping sauces given at the hibachi to dip steak and veggies. The recipe makes quite a bit – we had more than 1 cup left – so what to do with the leftover? Saturday, I added a little Worcestershire Sauce to the dressing and used it to marinade two ribeye steaks. The husband grilled these after they had soaked for a few hours, and they may have been the best steaks we’ve ever cooked at home. Decent salad dressing; Great dipping sauce; WONDERFUL marinade. 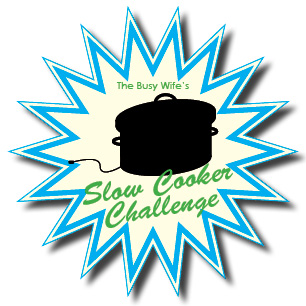